If you have talked to me in the past 4 weeks chances are I brought up a New Yorker article I’ve been reading. Every time I talk about this article I laugh because it sounds like i’m name dropping the New Yorker to sound smart, so I quickly correct and explain: no no no it’s about Rihanna. Well, I suppose it’s about the team behind Rihanna- her producers and top-liner Ester Dean.

As a “manufactured” artist Rihanna really has a village behind her (which doesn’t bother me so long as she’s dong her part well).  But even if I knew that other people wrote the songs, and R only sings them, I was still surprised to hear the process from beginning to end, including the strung out recording schedule. Apparently Rihanna is the most prolific pop singer, with an album every year and a tour that never stops.  This leaves little time for actual recording. Article writer John Seabrook reports:

“The production notes for Rihanna’s single “Talk That Talk” say that her vocal was recorded on “the Bus” in Birmingham, Alabama, in Room 538 of the Sofitel Paris Le Faubourg, and in Room 526 of the Savoy, in London. When I remarked on this peripatetic recording method to Hermansen, he replied, ‘It’s music as aspirational travel.'”

This is the tid-bit I quoted to friends again and again.  How funny that a song, which is almost always experienced in full over 3.5 minutes, would take multiple weeks and three countries to complete.  It’s kind of a let-down to think of the internal swells of the verse and chorus that never actually poured into one another- It was all just assembled after the fact.

I wonder if this is sad for Rihanna. I’m sure at one point in her life she told someone that she loved music, otherwise, why would she be where she is today?  Do you think Rihanna likes recording two lines here, and 5 lines here.  Maybe she would rather go into the studio and blare the whole this out at once… if she would ever stop touring.

But then again, usually an article is enjoyed in one sitting- and i somehow made this one last 4 weeks. Imagine me finding the time to read Game of Thrones. 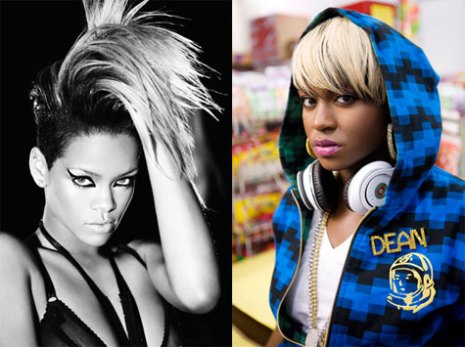